A frog in a well cannot conceive of the ocean.

As with many projects and programming languages, there is more than one way to achieve a task when orchestrating Chameleon computing and network resources. As a result, experimenters may feel overwhelmed and choose to stick to the orchestration method they are familiar with even when another method might be more effective for the task in hand.

In this article, we will take a quick look at the orchestration methods most commonly used in Chameleon and then we will compare them in two ways:

Within this article, four different methods for orchestration will be explored:

There are pros and cons for each method, depending on your goals. Continue reading to better understand the different values and how to narrow down which will work best for your experience.

Web Interface is the method users encounter by default when logging into https://www.chameleoncloud.org/, watching the Intro to Chameleon webinar, and reading the getting started documentation. From this web interface, you can visually explore the available and used resources, examine the network(s) associated with the experiment and how they relate with themselves and the servers (a.k.a. instances), add (or remove) public floating IPs to instances, and restart and have console access to these instances. 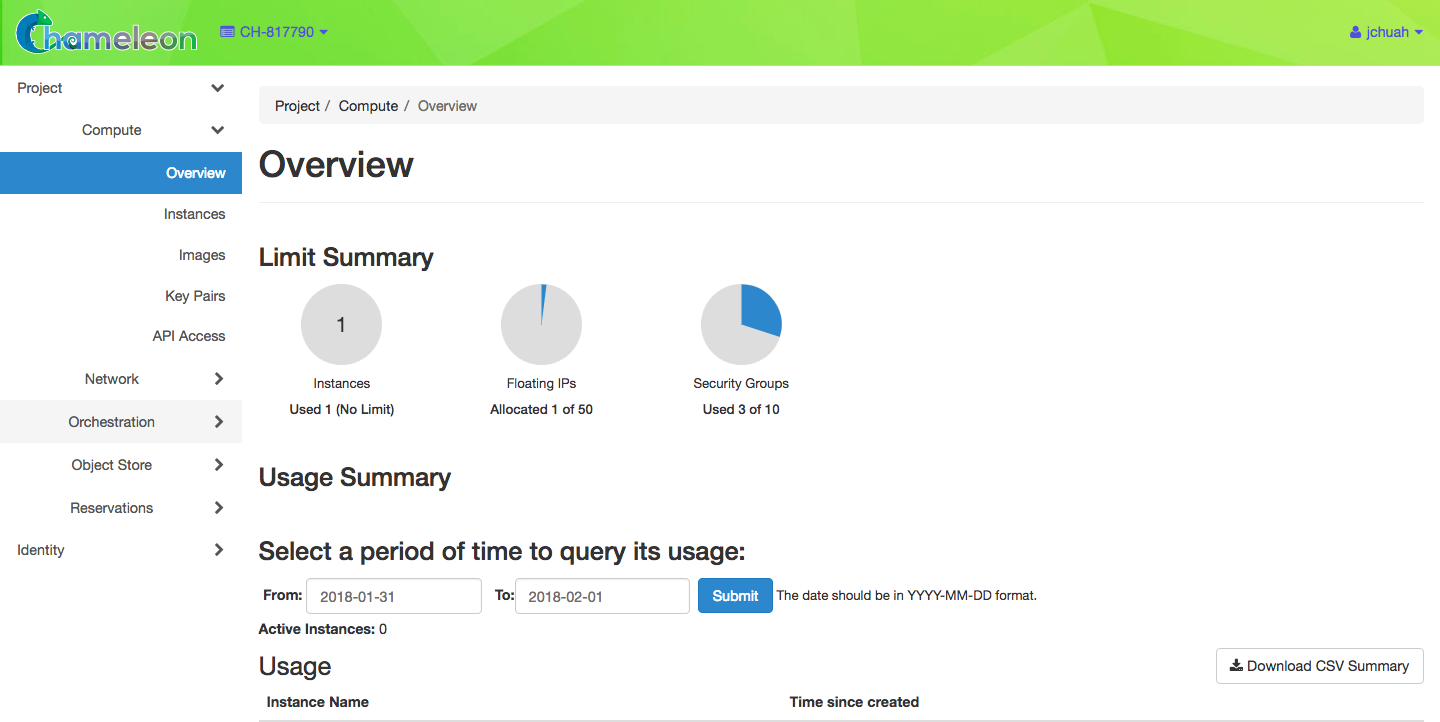 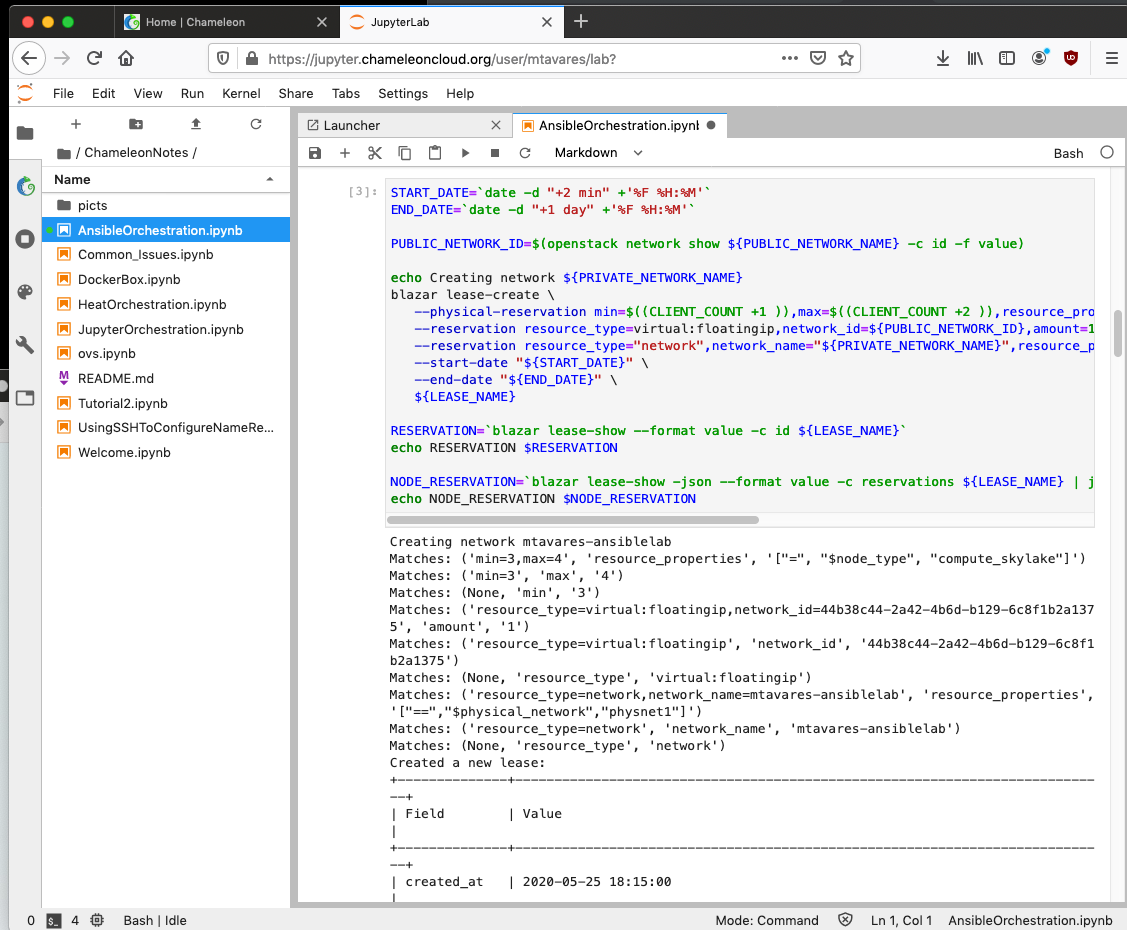 Use Jupyter Notebook to spool up the instances with only the OS. Install ansible (also applicable to puppet/salt) and its playbooks (in the following image we are getting them from a git repo), and then run the playbooks.

This is how Chameleon generates its complex appliances. Customize a few parameters, launch it, and then come back when the entire lab is set up; no user interaction from starting until it is complete. As shown in its webinar, we can execute it from the command line (which means it can be done from within Jupyter Notebooks) or Web GUI.

The following table shows how the orchestration systems mentioned here are distributed in an Interactiveness vs Automation matrix. As expected, while heat templates are very automated, they are not very interactive. The web GUI is very interactive but not automated. The other two techniques are somewhere in the middle. 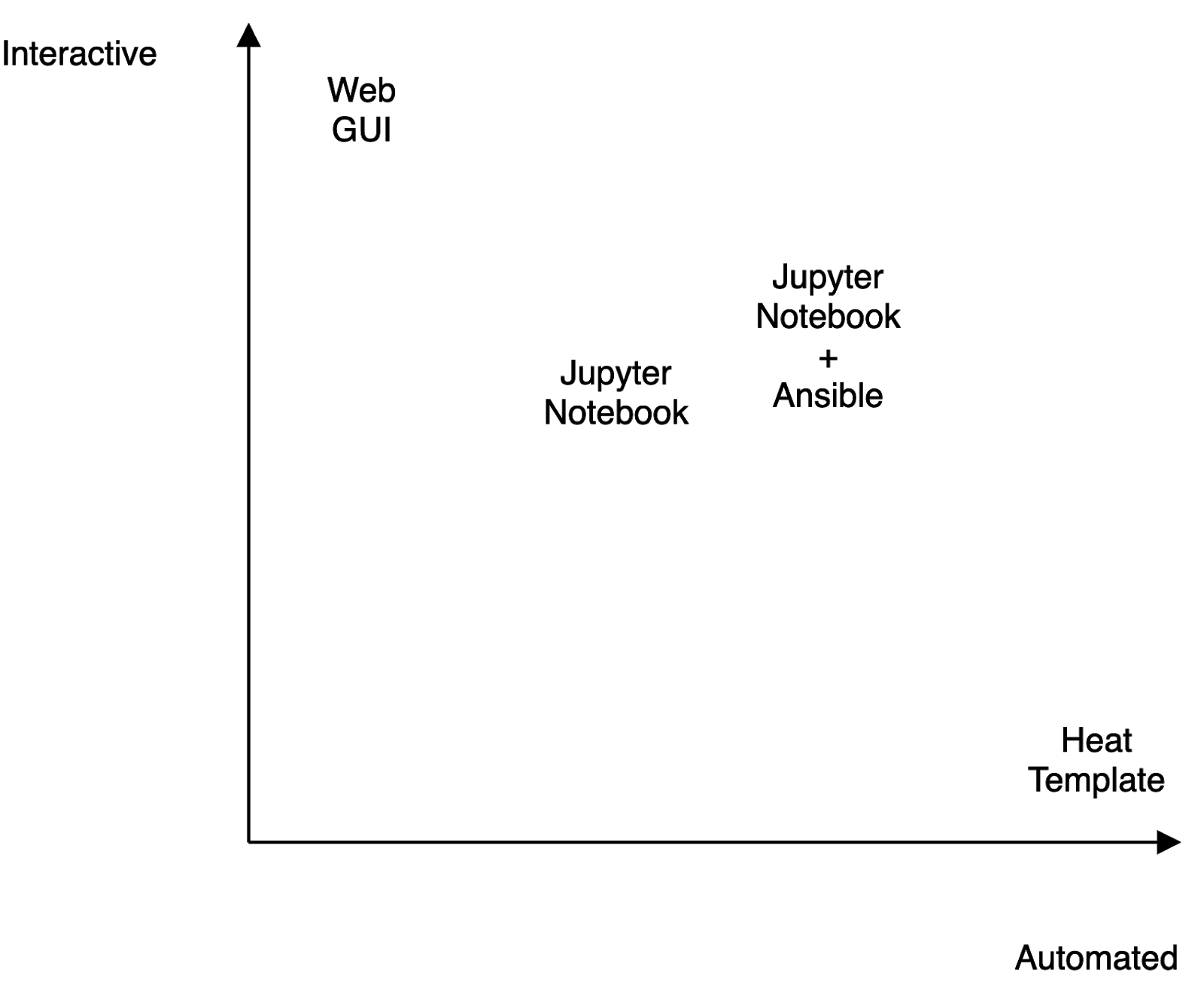 In the above graph, Jupyter Notebook + Ansible is a bit more interactive and distinctively more automated than plain Jupyter. That is to emphasize the effect of adding Ansible to the equation - it cuts down the number of steps required to accomplish a task and simplifies running them in complex/mixed environments. If a given set of tasks defined in ansible have to be rerun across all the instances, we just need to go to the notebook step where the variables are defined, rerun it with updated variables, and then rerun the step that executes the ansible playbook.

Which one should you pick? It depends on where in the interactiveness vs automation graph you want to be.

With that said, once you have enough experience with those orchestration methods, the next step is mixing and matching them: creating a Jupyter notebook (keeping notes in a single location) that runs a fully automated orchestration, like heat template, to do the basic building of the lab (instances, networks, floating IPs, etc). Then it installs and runs something like ansible to deploy the required packages and files that will perform the experiments. But, that will be for another article...