Do you have a software-defined networking (SDN) experiment but do not have exclusive access to your own OpenFlow switch?  Or maybe you have an experiment with non-standard networking requirements that can not be supported by traditional learning switches.  If so, you might be interested in using Chameleon’s new Bring-Your-Own-Controller (BYOC) functionality. This new capability enables users, like you, to create and control your own exclusive OpenFlow switch that connect your Chameleon nodes.

The easiest way to get started working with OpenFlow on Chameleon is with the OpenFlow: Quick Start Appliance. This complex appliance can be used to create a full OpenFlow experiment including a Ryu OpenFlow controller, an OpenFlow network, and a couple of nodes that use the network.  Detailed directions are included with the appliance. Feel free to modify the code in the controller to manipulate the network switch.

After gaining a bit of experience with the Quick Start Appliance you may want to incorporate OpenFlow into your own experiments.  You can create OpenFlow switches on Chameleon using either the CLI or a complex appliance (it is currently not possible to create OpenFlow switches using the horizon GUI directly).  Directions for using the CLI are documented here.  However, we recommend using a complex appliance to create your OpenFlow networks. 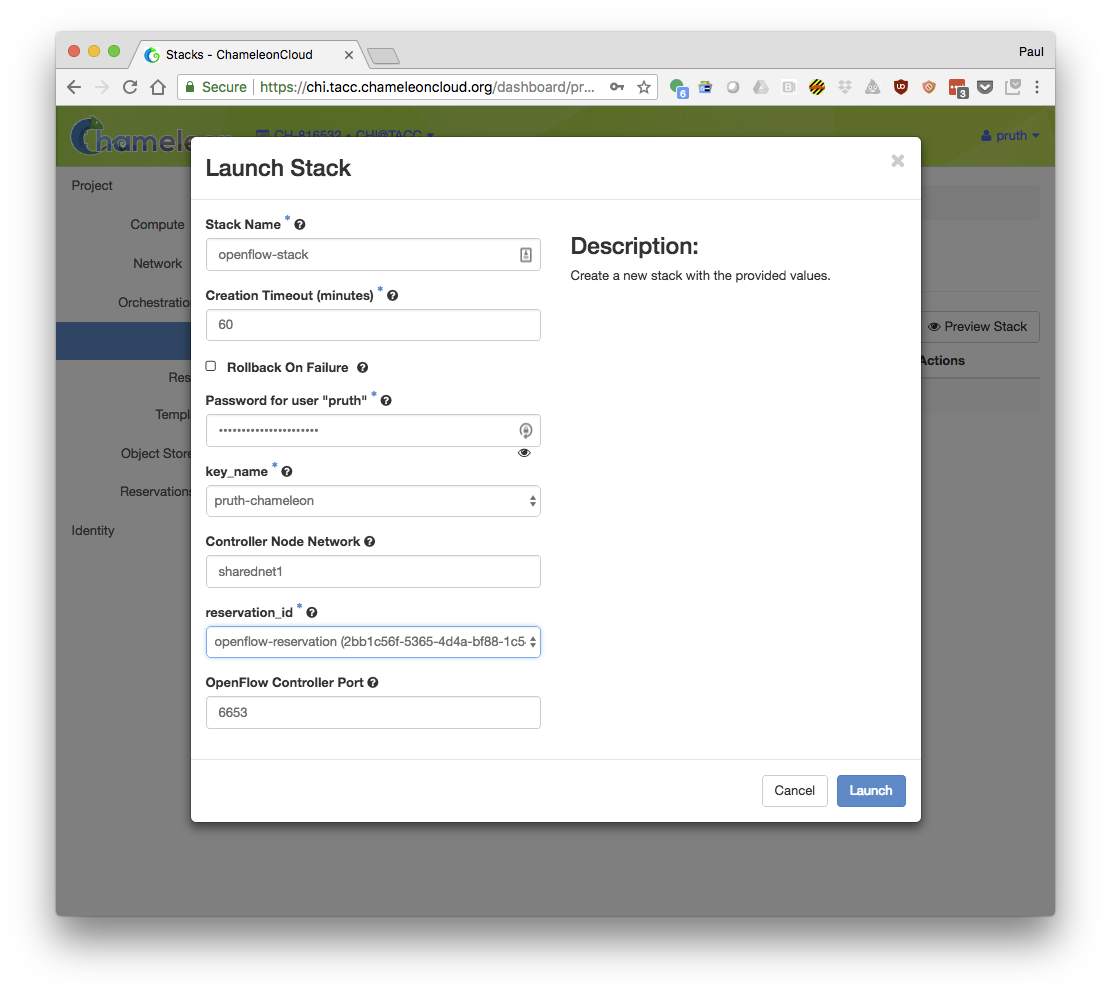 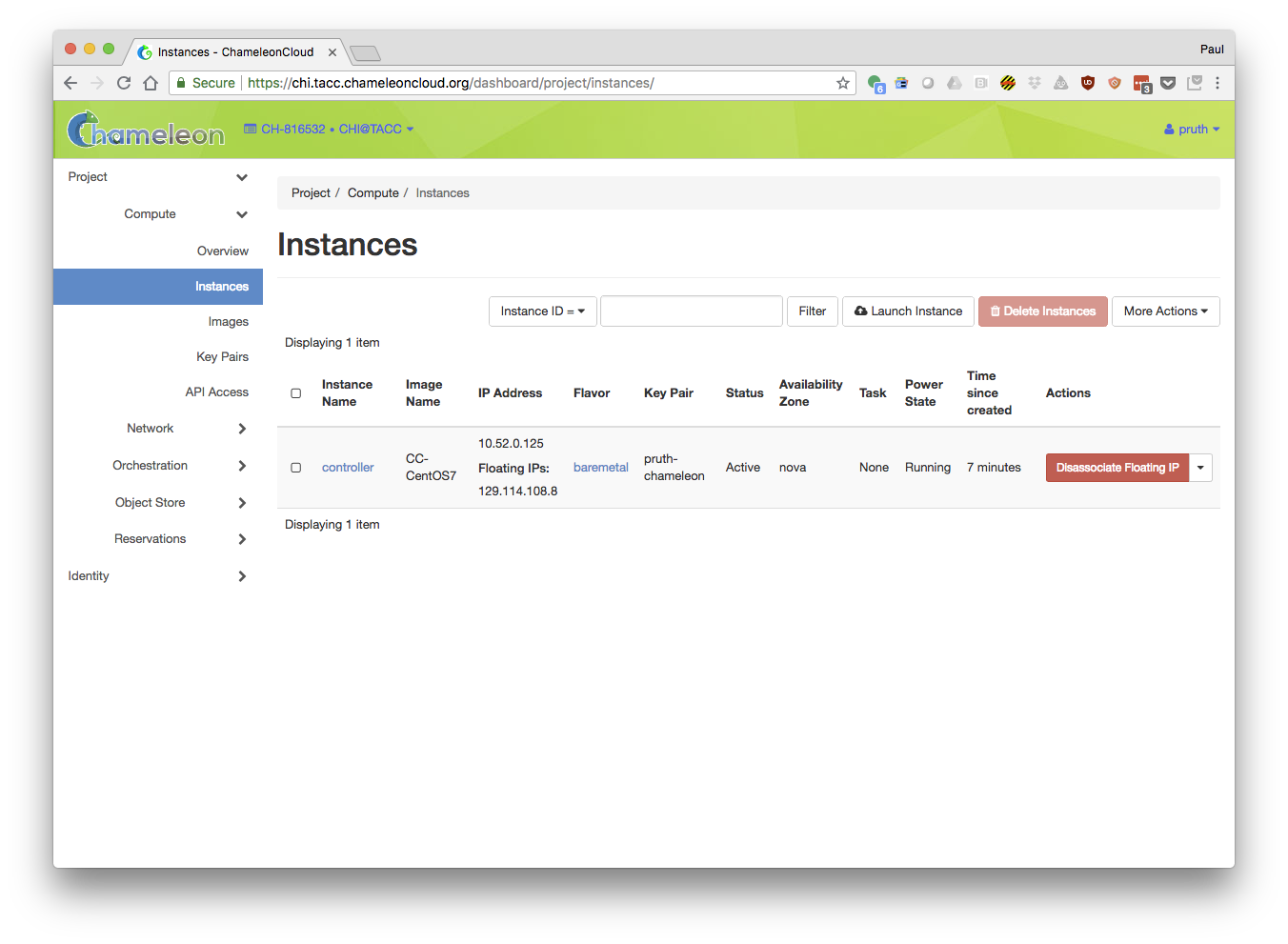 Step 2:  Create the network using the OpenFlow BYOC Network appliance. Fill in the stack's form with the IP and port number of your controller. The result of this stack will be a network that you can now use when creating new instances. 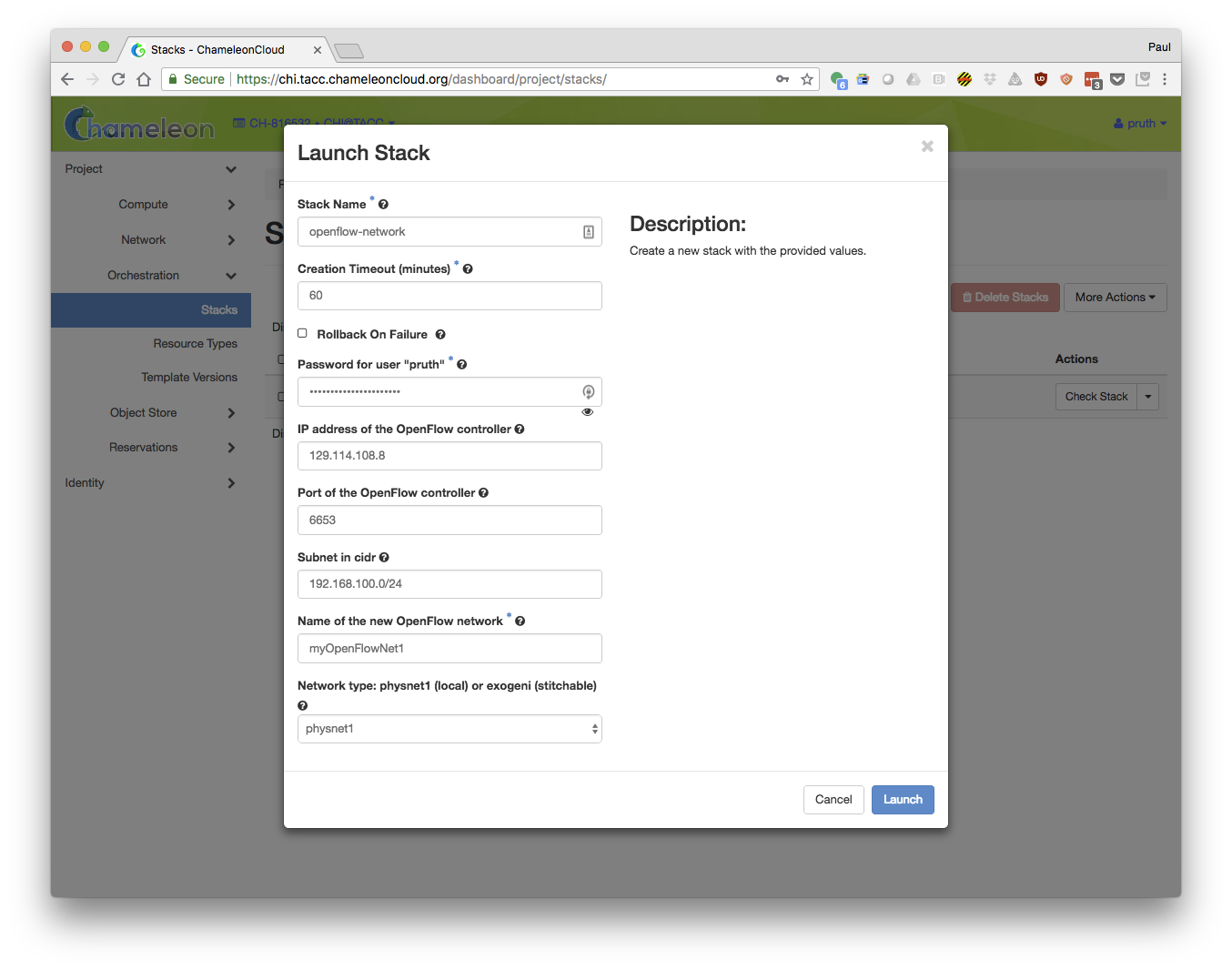 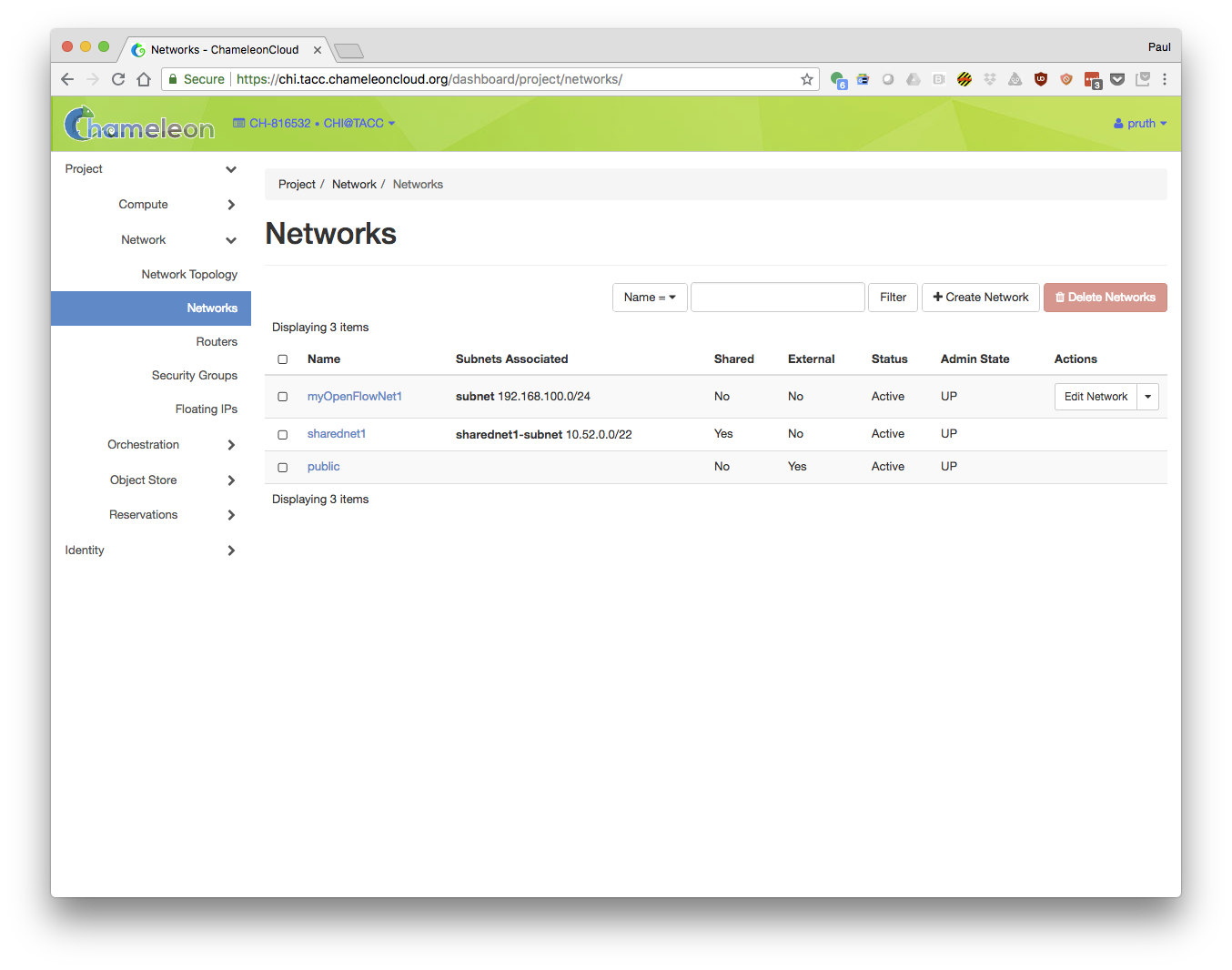 Step 3: Create new instances connected to the new network. Your new network will now be available and listed when you create new compute nodes. 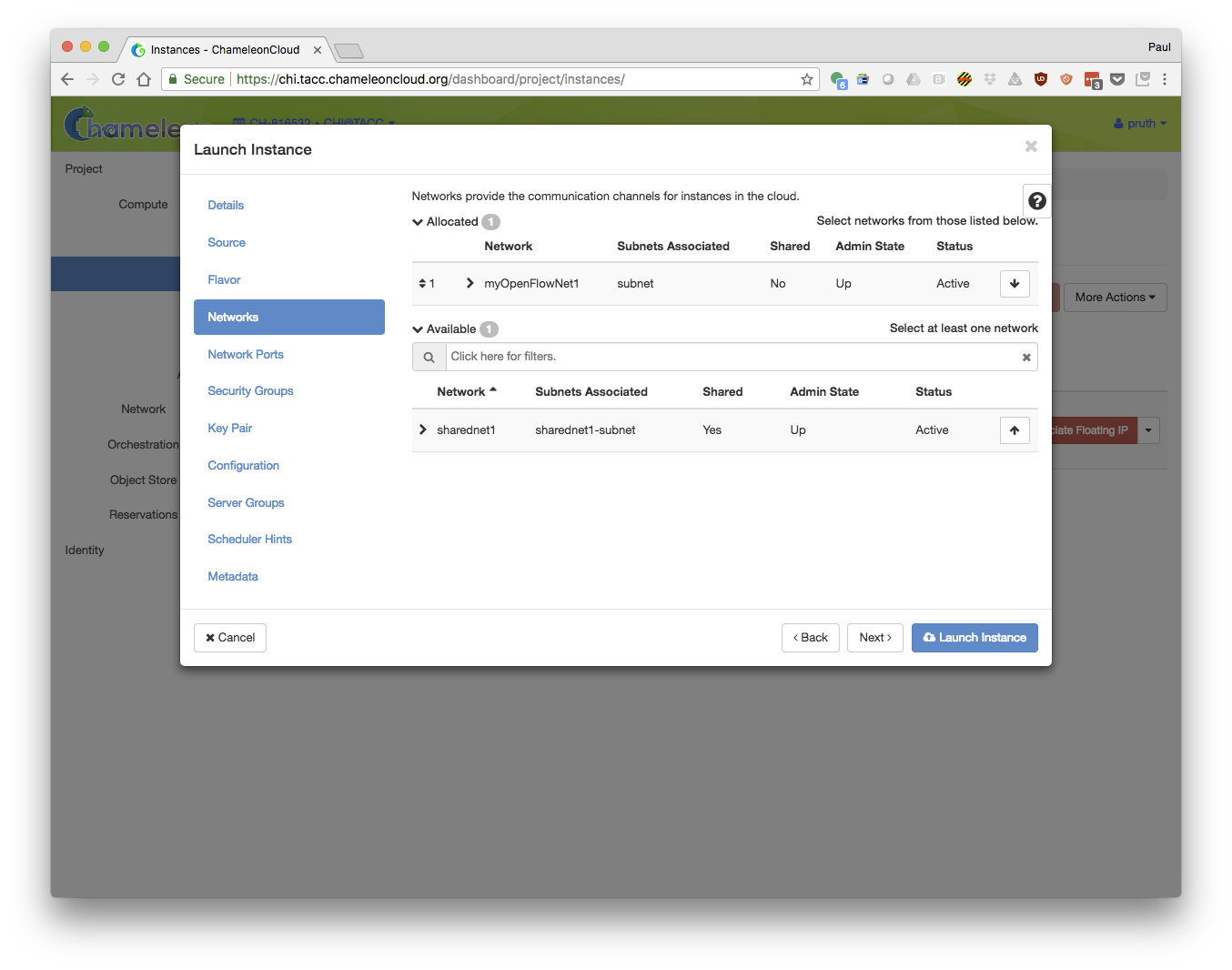 Interested users should be warned that all OpenFlow switches have their unique quirks and our Corsas are no exception. If you are having problems porting your controller to Chameleon, check the Chameleon documentation for a list of quirks that we have identified.